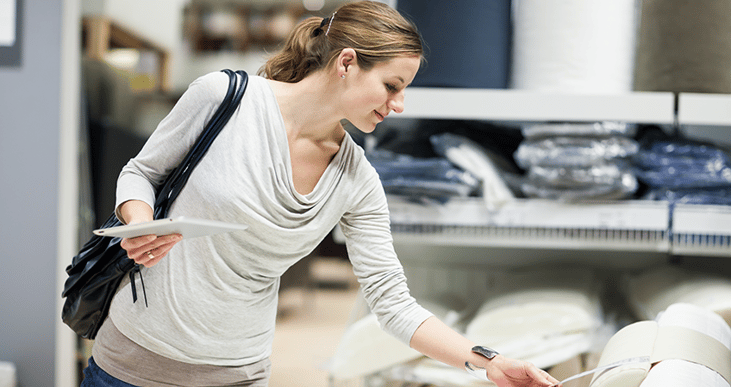 Common emotions associated with the world’s most successful furniture retailer may be: 1). Frustration - that bookshelf has far more intricate parts than initially anticipated, or 2). Nostalgia -  those Swedish meatballs, mashed potato and fruit jelly were actually pretty tasty.

Whatever thoughts come to mind when you think of Ikea, you’re probably not thinking about how their mix of retail and warehouse processes reduce costs and increase efficiencies throughout their global supply chain. In fact, a lot of the genius behind Ikea’s global success comes down to their ability to offer cheap products that people love; but it's the way that Ikea is able to get their costs down that is interesting.

In this post, the CeMAT team looks at why Ikea’s self-service supply chain has been such a major success story in warehousing and intralogistics.

The warehouse effect: Self-service as a means to reduce cost-per-touch

When Ikea was first founded in Sweden in 1934, their original offerings didn’t actually consist of moderately priced sofa’s and TV cabinets and upon opening they sold small, personal items like pens, wallets, picture frames and jewellery. Since then they have grown to say the least, and today Ikea has stores all over the world and are mostly known for their modern furniture designs that come at a fraction of the cost of its competitors.

So how is Ikea able to offer such cheap furniture? Sometimes, the simplest ways of doing things can be overlooked, but not when you work for Ikea. One of Ikea’s standout features in their retail locations is that they consist of a large display area that is connected to a less-attractive, pallet laden warehouse floor where consumers purchase their items.

Racking in their warehouses is incredibly high up, making it easy for items to be restocked overnight simply by lowering the goods with forklifts and pallet jacks. The products are arranged in large aisles, and each item has a unique location and item number to make it as easy for the customer to find as possible.

Ikea provides a great paradigm for self-service success because it implements a very clever way of reducing the inventory tactic known as cost-per-touch. You may have read our previous article on varying supply chain metrics, however, in this post we didn’t cover cost-per-touch.

If you're unfamiliar with the term, it may be because it's most commonly used to describe Ikea's method of distribution. A good rule of thumb with cost-per-touch to consider is: the more people (or hands) that are involved in the production or movement of goods, means the more it will cost for the end-user. Pretty simple, yeah? This is the philosophy behind the self-service warehouse in Ikea’s stores, where customers literally do the heavy lifting in return for cheap furniture.

More conventional furniture stores operate differently; somebody purchases a furniture item that then generally needs to be ordered, shipped from the manufacturer, delivered to the warehouse, moved from the warehouse to the delivery truck and then finally it reaches the customer’s home. Every time that piece of furniture was moved, shipped or touched, the end consumer would have to pay for it.

Ikea discovered a way to cut out more than just the middleman, and use their customers as free replacements for the distribution of their goods. So you may be wondering how on earth Ikea succeeded so considerably at this? Below we go through the 3 stages of their production cycle that has allowed them to focus purely on cost-savings.

There are a range of different methods used across Ikea’s production cycle to simplify distribution and reduce costs and environmental waste. A lot of their success lies in the secret ways they are able to calculate how many products they will require to satisfy demand to reduce any unnecessary costs for production and warehousing. Take a look at the three areas of Ikea's production flow:

Ikea designs all its products in Sweden with one consideration at the focus of all their furniture: offering customers the lowest price. In this phase, Ikea looks to ensure that all their products meet regulatory and consumer needs for function, effective distribution, quality and impact on the environment. Once all this is established with the Ikea team, they can then work with the right suppliers to ensure they keep production and distribution costs down.

This is the phase were Ikea designs are turned into actual physical items. Manufacturers use Ikea designs and turn them into products using as little resources as possible, and by that we mean as little wood, metal, and cardboard as possible. (Fun fact: did you know that the Ikea Olga dining chair has hollow legs? This is done to reduce the impact of Ikea production on the environment). 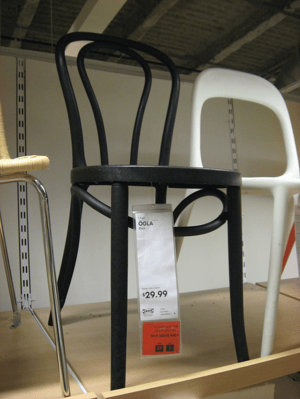 Although the primary and secondary sectors are managed to reduce as much waste as possible, most of the savings produced by Ikea are manifested in the final stage that consists of their retail stores. Although in the first half of this case study we focused on cost-per-touch, there are actually a number of other ways that Ikea is able to pass savings onto consumers and we look at three below:

Size and scale of their stores

Have you ever seen a small Ikea store? You most likely haven’t. Most Ikea stores are large and hold more than 9,500 products that are stacked neatly in rows and racks reaching the roof of the warehouse. Often, inventory turnover is high, but due to the size and scale of their warehouses, it’s not very often that customers need to wait for popular items to be restocked.

From the moment customers enter Ikea stores, they are met with catalogues, pencils and paper to note item locations down. From the get go, Ikea customers understand that they need to do much of the work themselves to get the items they want. Once done browsing the realistic home displays, customers make their way down to the warehouse area where they use trolleys to grab their items. As mentioned above, this process is part of a mutual agreement between Ikea and its customers who are happy to do some extra work as long as they are saving money in the end. 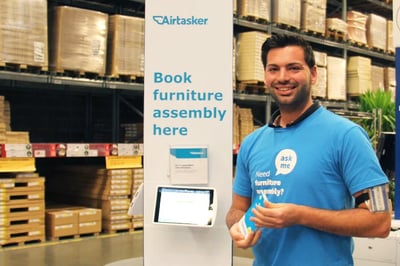 The Australian start-up Airtasker recently established a partnership with Ikea so their customers could purchase items along with the option of paying $28p/h to Airtasker workers to assemble them. The partnership made news in Australian mainstream media, because Airtasker created an app just for Ikea furniture assembly. It also opens up a whole new revenue stream to Ikea, because now customers that don't want to put their items together themselves can simply outsource the costs of assembly for a minimal extra fee.

Most people either love or hate Ikea; it’s a store that either offers great value for money (with a bit of labour involved), or it’s a cheap producer of flimsy furniture. Wherever you stand on the debate, there isn’t any doubt that Ikea developed an innovative way to save on distribution costs. It’s a unique way of operating that wouldn’t necessarily fit all businesses looking to build efficiencies into their operations, but it’s definitely a supply chain tactic worth noting.

What are your thoughts on Ikea’s unique warehousing methods? Let us know what you think in the comments below.