Forkliftaction Report: Deals, expansion and growth Down Under

As Australian forklift suppliers and users enter a new year, there is reason for optimism. The latest industry statistics show continued solid output, backlog and new orders, while employment and overtime are expanding.

James Pearson, Chief Executive Officer of the Australian Chamber of Commerce and Industry, warns that while the economy appears to be gaining momentum, consumer spending remains flat.

"Tax cuts, for individuals and businesses, would stimulate spending, investment and jobs growth, which will lead to higher wages. It will also help ensure Australian businesses remain competitive in the global arena," he says.

The December analysis confirms a number of the positive trends reported by Forkliftaction News throughout 2017, with several major dealership investments, a significant number of large orders and heightened activity across the board. Read a wrap-up of some of the major stories covered in 2017 in this Forkliftaction Report: 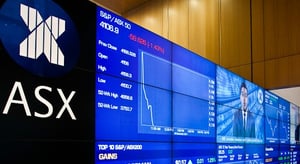 Optimism for the Australian economy in 2018

Lencrow marked the anniversary of its dealership agreement with UniCarriers in Australia in an exclusive capacity. By February, Lencrow had ramped up to more than 100 units in its inventory.

Coca-Cola Amatil reduced its forklift driver staffing at its Richlands, Brisbane operation, with 27 of its 46 permanent forklift drivers made redundant or having their positions changed to casual at the Richlands plant. The company said the move was part of “changes, over time, in the way we received our orders at the warehouse".

Supply chain body apicsAU changed its name to Australasian Supply Chain Institute (ASCI) and established review panels to launch the ASCI Initiative. "The new name better aligns us with the wider professional supply chain community which we serve," CEO Pieter Nagel explained. "As an institute, ASCI is committed to facilitating and enabling the development and professionalisation of the Australasian supply chain community.”

A man who fatally struck a workmate with a forklift, piercing the victim's torso, was ordered to pay more than $12,000 by a Perth magistrate. The case arose from an October 2013 incident in which Thomas William Lewis was collecting hay bales with a forklift and loading them onto feed tables, while the victim was using another forklift with a box attachment to collect waste at Narrogin Hay, in WA's wheat belt region. Lewis loaded some hay bales onto a feed table and reversed his forklift with the forks raised, hitting the victim's forklift side-on, with one of the tines fatally stabbing the victim's torso as he sat on his seat. 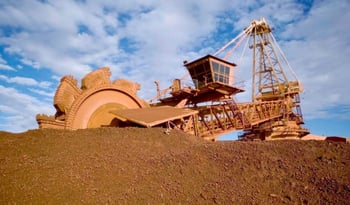 French group Sodexo chose 2.5 T capacity Linde Series 351 diesel engine forklifts for a major contract to manage all of the villages for Rio Tinto’s iron ore division in the Pilbara region of Western Australia. Sodexo’s forklift resources at these mine sites were chosen for their suitability in heavy-duty applications, especially where maintenance opportunities are limited.

Gehl launched the 750 Articulated Loader, specially designed for the Australian and New Zealand markets. The model, distributed in Australasia by Manitou Australia, was added to meet the demand for larger wheel loaders.

ZPMC Australia completed a project to relocate two cranes at the Fergusson Container Terminal in Auckland. The move saw ZPMC lift two 1,110 T cranes off the crane rail and move them back into the yard, allowing three newer and larger cranes to gantry past the older units to the north of the quay. 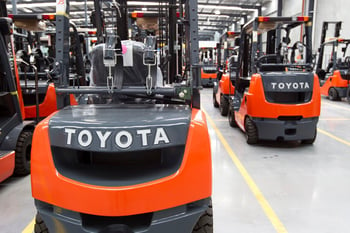 Want Access acquired its 600th machine with the delivery of a new Haulotte HT23RTJ Pro 23 m telescopic boom. The purchase was intended to enable the three-year-old access hire company to offer larger equipment to its customers. Want Access has experienced rapid growth since its inception in March 2014 and the intention is to continue to grow, with plans to expand into other states in the future.

Lencrow launched a Bomaq 3,000 kg all-terrain forklift unit with a 600 mm load centre. The unit was designed to fill a void in the market for a compact all-terrain forklift for the building industry that will accept a rotator, while at the same time not limiting the capacity handling pallets of heavy building materials.

Across the Tasman, New Zealand’s WorkSafe reported a spike in forklift-related workplace deaths since the start of May. There were seven workplace deaths in seven weeks, but WorkSafe said this was not an issue unique to New Zealand. Businesses using forklifts should have them high on their critical risk list and appropriate controls should be put in place, WorkSafe warned.

Cascade (Australia) appointed HS Sales as its exclusive distributor for the West Australian region, effective from 1 July 2017. Cascade Australian general manager Mike Slobe said the appointment was an excellent opportunity for Cascade to provide better service to its clients in WA.

A NSW meat-processing business was fined $375,000 over the death of a worker at its Frederickton plant in 2015. The 28-year-old died after he became pinned between a wall and a steel bin that was being carried by a forklift. The incident occurred when the man, who was employed to undertake meat rendering and general plant duties at Macleay River Protein Pty Ltd’s processing plant, was using a forklift to remove empty steel bins from the rendering plant.

Liebherr Maritime announced plans to establish its own service, spares and sales activities in Australia, New Zealand and the Oceania region, replacing Morrow Australia which had represented Liebherr’s mobile harbour cranes business in Australia for the last 27 years. With a fleet of 40 STS cranes and straddle carriers, 35 MHCs and more than 10 offshore cranes in the Oceania region, Liebherr decided it needed to take the maritime business unit to the next level.

The Manitou group finalised its acquisition of a majority in Australian company LiftRite, aiming to hold a 96% share by 2020. A family-owned company founded in 1983 by George Hogg, Mark Manning and Ted Hirschfeld, LiftRite distributes Manitou, Gehl, Kalmar and Kobelco products for the construction and mining markets. In 2016, the company generated $17.6 million in sales revenue, of which Manitou Group products accounted for 65%.

NTP Forklifts Australia received an order from ANL for six Kalmar empty container handlers. The order was the first for ANL's Altona, Melbourne site and the first order for the Australia and New Zealand region to include empty container handlers fitted with seven-high triplex masts. This solution allows the mast to collapse into three parts to allow machines to enter a warehouse, for instance.

A Victorian poultry contractor was convicted and fined $1.13 million over an incident in which a man was struck and killed by a forklift on a farm at Lethbridge, near Geelong in 2015. CK Crouch Pty Ltd was found guilty in the Geelong Magistrate’s Court of three breaches of the Occupational Health and Safety Act 2004 – two charges of failing to provide or maintain safe systems of work and one charge of failing to provide information, instruction and training to employees.

Fork Force Australia entered into a partnership with Nishio Rent All, the ninth-largest equipment rental company in the world. Nishio is a leading supplier of access equipment, construction equipment and forklifts in Japan, Vietnam, Malaysia, Thailand, Singapore, Indonesia, China and Australia. Nishio president Masashi Nishio was impressed with the Fork Force business strategy and the rapid growth of the Enforcer forklift throughout Australia. Fork Force went on to open its new headquarters in Larapinta, Brisbane the following month.

Combilift signed a $1 million contract with construction and engineering company Civmec for a Combilift SC straddle carrier with a lift capacity of 90 T. The carrier will be delivered this year and is destined for use by Civmec on a significant project they are undertaking on the east coast of Australia.

A Geelong recycling company was convicted and fined $175,000 following the death of a worker who was struck and run over by a skid steer loader at its Grovedale transfer station. Retmar Pty Ltd pleaded guilty to one charge of failing to provide a safe working environment under the Occupational Health and Safety Act 2004 by failing to eliminate the risk of powered mobile plant colliding with pedestrians.

Sydney-based equipment hire company GoodService Forklifts added its seventh JCB machine to its fleet, a 531-70 C telehandler. The latest addition is equipped with the JCB EcoMAX engine and is ideal for construction sites of any shape or size, thanks to its three selectable steer modes, including two-wheel steer for high-speed road travel, four-wheel steer for working in small spaces, and crab steer for better movement near walls and buildings.

Northern Territory forklift dealer Forklift Solutions celebrated its 10th anniversary. Having commenced operations in August 2007, owner/operator Edgar Junkhoff and his partner, Silke Fisser, have grown the business from a small materials handling equipment service provider to one of the most respected and recognised businesses in Darwin and the surrounding areas. The business represents a range of equipment manufacturers including Linde, NTP, Kalmar, JCB and Hydralada.

Australian container handling manufacturer Mobicon Mini Straddle Carriers celebrated 20 years of growth and success. Marking the milestone, managing director and founder Tom Schults recalled designing and selling his first Mobicon Mini Straddle Carrier to long-term client PH Transport back in 1997. "2017 has been one of our busiest years so far, and with lots of exciting announcements set for 2018, I can't see myself retiring any time soon," he said.

The Australian Industrial Truck Association (AITA) warned against ‘bargain basement’ forklifts, especially grey imports and obscure brands. The association suspects that these "enterprise imports have jumped from an ‘almost nothing’ baseline in 2010 to around 2000 units in 2016".  By comparison, total Australian lift truck sales last year were around 15,000 units. AITA warned that buyers and operators of the non-mainstream trucks have often described aftersales service from importers and retailers as "generally hit and miss" and stories abound about owners and operators being sent replacement parts under warranty but having to organise and pay for their own repairs.

Maxilift Australia announced the opening of a new location in the north of Adelaide. The new Regency Park location was described as "the next step in the growth of the company and will provide better service to our clients in not only technical support but also with installations, servicing and maintenance of their (vehicle-loading crane) fleets. With this new branch, we can reduce costs for our northern-based customers with the associated travel time that it takes for cranes, trucks and personnel to reach our site in the south," said general manager Kymberly Davis.

Kalmar signed an agreement to acquire the port services business of Inver Engineering in Australia. The investment in Inver Port Services supports Kalmar's strategic aim to grow in services while strengthening and broadening Kalmar's existing service capabilities throughout Australia, New Zealand and the Pacific. The acquisition closed on 29 December.

DB Schenker Australia opened its new logistics facility at Hoxton Park, NSW. The facility’s inauguration was officiated by Matthias Cormann, Minister for Finance and Deputy Leader of the Government in the Senate. The state-of-the-art facility has the capacity to accommodate 50,000 sqm of warehousing. It will be mainly used for consumer electronics, FMCG (Fast Moving Consumer Goods) and fashion/retail customers. This facility joins DB Schenker Australia’s contract logistics portfolio which consists of 25 logistics sites with a total capacity of 330,000 sqm.

A silo manufacturing company in Rochester was fined $30,000 after a mobile crane ran over an employee’s leg and crushed his foot, which later had to be amputated. Lindsay F Nelson Manufacturing Pty Ltd pleaded guilty in the Echuca Magistrate’s Court to two charges under the OHS Act 2004: failing to provide and maintain systems of work that would eliminate or reduce the risk of the mobile crane colliding with pedestrians; and failing to provide information, instruction or training in relation to the hazards and risks associated with working in close proximity to the mobile plant or stabilising loads. The company was also ordered to pay $3,430 in costs.